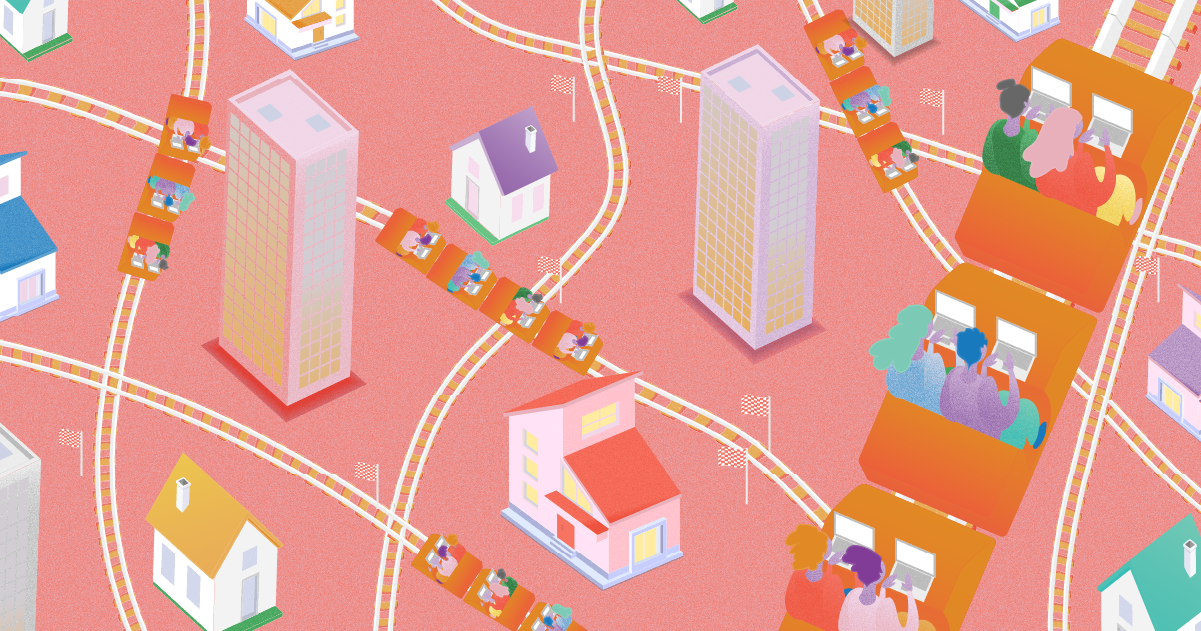 Willow is Canada's first real estate investing platform. We make it possible for anyone to invest in real estate. Build a custom portfolio and sell anytime. No down payments, just access for all. Learn More

When non-essential workers shifted to working from home in March of 2020, many left snacks and personal items in their desks, assuming they would return relatively soon. Over a year on, the consensus on the importance of the office has changed dramatically. Whatever path organizations and employees choose, there will be ripple effects on the Canadian real estate market.

Canada is in the midst of its public vaccination program to get citizens into the "post-COVID era," and many Canadian workers are beginning to wonder what that might look like at their workplaces. Opinion on returning to offices is quite divided. A recent survey by Robert Half found that one-third of workers said they would look for a different job if they were asked to return to the office full time, and 51% of respondents said they would ideally prefer a hybrid arrangement. Splitting their time between home and the office, citing their new work-life balance needs while at the same time recognizing that workplace relationships are important to maintain.

Only 19% of respondents emphatically wanted to return to an office full time. Working from home is more popular than employers had expected. If only 30-40% of people return to offices, and those offices are often in high rent areas like large city downtowns, will that lead to a glut of rental space on the market? Will companies keep the same space and just spread employees out?

According to Macleans, in August of last year, real estate experts predicted a decline of commercial real estate demand of about 10-25%. While the prospect of reducing square foot-age to save money is appealing, early in the pandemic, companies were taking a wait-and-see approach to see if that would be offset by decreased productivity.

However, according to Statistics Canada, Canadian workers are at least as productive as they were in the office, if not more, with 58% of workers surveyed reporting the same level of productivity and 32% of workers saying they accomplished more work per hour than at the office. This appears to be one of the motivating factors for Work from Home to continue while businesses also reap the savings of lower mortgages, rent, taxes, and utilities should they downsize an office.

It would appear that companies are starting to recognize these potential gains in their bottom lines and are making real estate decisions accordingly. Waterloo-based tech firm OpenText has given up 50% of its office space. Where tech companies move, more established firms often follow, and offering flexible work options to potential new hires might be a way to attract and retain top talent.

Multinational companies, such as Twitter and Microsoft, have also given workers the option to work from home indefinitely. Ford announced in March it was allowing employees to work from home permanently or work out a flexible arrangement.

Still, there are companies bucking the trend. Google has worked out some hybrid back-to-work plans that don't place work from home at the centre. By analyzing the effects of work from home, they've been able to dissect what makes their company culture work and what doesn't. Their primary problem is their workforce is enormous, and that can make open plan offices unwieldy and distracting for employees (which home was less likely to be.) The solution? They're calling it "de-densifying". They are looking at ways to rotate staff in and out of their offices, which they're not only keeping but adding to in 2021 and 2022. Companies like JP Morgan are looking at this type of model and recalling their workforce for July 2021. In Canada, while Shopify has given up its real estate in the Tech Corridor of Spadina Avenue in Toronto, it has already found a new tenant: Wealthsimple.

While the flexibility to work from home is great for office workers, there is a hidden cost to these moves. When offices shrink or move out, that has a ripple effect on the businesses located in high rent areas that primarily serve commuters and downtown workers. According to Price Waterhouse Cooper, in Toronto, Montréal and Vancouver, enclosed malls are seeing a decline in foot traffic. Consider the PATH in Toronto or the "Underground City" of Montréal without retail, restaurants, and services like hair salons, dry cleaners, and shoe repair stands. Suddenly an entire ecosystem is depressed.

Some companies have seen this as an opportunity to get into highly sought-after locations without entering bidding wars, which would have happened pre-pandemic. These companies are not necessarily dependent upon commuter traffic. Myodetox Physical Therapy, for instance, just moved into the PATH to complement their Yorkville and Markham locations. Since their business is primarily appointment-based, this location makes a lot of sense for them. It could work well for similarly structured businesses, changing the makeup of these high rental commercial areas.

Months into the pandemic, when flexible work options looked to be sticking around, many people decided to opt for space and move to the suburbs. Re/Max, in its 2021 fore-cast report, expects that the suburban migration will be a trend that lasts for 2021, if not beyond that. Anecdotally, people have cited that their reasons for moving aren't purely about "cheaper" real estate as such, but more space, school districts, and a lessened need to ac-cess the on-demand services that city life or commuting to a rigidly 9-5 job require. Flexible work means you can get groceries at 8 am and log in to your job at nine because you don't have to spend an hour fighting traffic or on a train.

This migration raises some questions we may not yet have the answers to: How long can sub-urban markets sustain their growth? With less building happening due to lumber shortages, how long can buyers continue to pay rising prices to get what they want in suburban areas before it stops making sense to move?

Another question to be answered is, are these moves permanent or just temporary? A study by Pew of US Postal Service data gives us our first glimpse into an answer. The study collected data from the Postal Service's Change of Address cards. While the Pew study found that nearly 1/5 of all Americans moved during COVID, permanent moves only increased 1.9% over 2019, while temporary moves increased by 26.73%. There's not enough data to understand what percentage of moves initially deemed temporary may become permanent as work and life change.

How does this suburban migration work with what we've seen in recent years, with malls being vacated at record rates? While Box Stores and online retailers continue to increase their profits, chain stores that have historically relied on malls for their livelihoods have been lost to what has colloquially been called the "retail apocalypse." A new book offers a clue. Retrofitting Suburbia, written by Ellen Dunham Jones, an architect and urbanist, posits that the next big trend for abandoned malls and office space will be retrofitting them by need. For example, multi-generational family homes, that are lacking in the traditionally cookie-cutter single-family detached suburbs.

Immigration also has a big part to play. When freedom of movement is expanded, Canada will see immigration tick up across the board, but first in its tech sector and other business segments that rely heavily on immigration. Since the HQ's of these companies are generally in ur-ban centres, major Canadian cities could continue to grow rather than shrink at all.

So much is still unknown about how the real estate market will evolve toward the end of COVID and beyond. With the once-in-a-generation tectonic shifts we've seen during the last year, it is safe to say that our pre-COVID notions of what is urban vs suburban. What constitutes work, commuting, and work-life balance have been upended and are unlikely to return fully, if at all.

What does remain constant is the market's desire to turn over, and with no end in sight to the lowest Prime lending rates in a generation, it's unlikely that the real estate market will stop being hot, though it might cast a wider net. If Canada as a whole becomes a heated market, it could have broad implications for wages, immigration, and much more. The remainder of 2021 and well into 2022 could very well be a wild ride.

18 sources listed in this article

Opinion on returning to offices is divided

The hidden cost of working from home